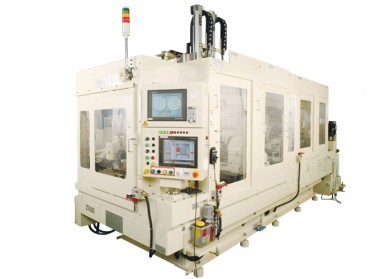 Inspection
Corrected and air-blown crankshaft is inspected on the measuring station and then determined OK or NG.